Well after 2 years of wondering if this particular job would ever see the light of day, I have finally heard that unfortunately it will not (at least in its original form – it was work for hire, so they can use the art in the future for anything). I had a really exciting job with TOCCA Beauty that involved drawing scenes from different cities around the world. In the end, it wasn’t in the direction they were taking the company, so I got the word that the art would no longer be used. I was pretty disappointed since I really liked what I made and would never see it on a product, but at least I can finally somewhat share it! Have to keep mum about the details, but anyway… here are some of the initial sketches I made (but none are the sketches that I eventually painted, may show those later). They’re really nice travel drawings in general, so I wanted to share them. I didn’t get to draw these cities from life, but I’ve been to Venice at least! 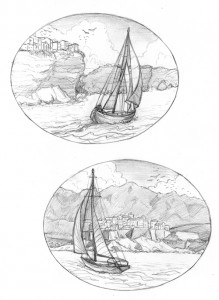 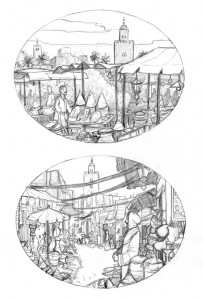 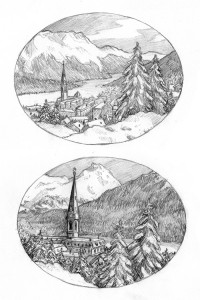 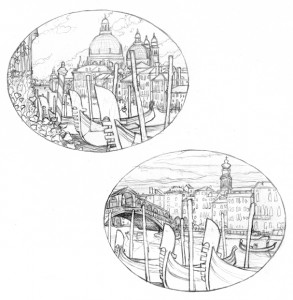 One Response to Travel Job Sketches