This is my last painting of 2012! Tomorrow we head up to Massachusetts for Christmas, and I don’t imagine I’ll be painting anything else before New Years… Posting the progress for this piece too. I made this piece specifically for a convention, since I plan on having a booth at Gencon next year. Wanted something that could have good print sales, and I could also nicely frame and sell the original painting.

First! The finished painting! Done with watercolor, colored pencil, and acryla gouache. 10″x12.5″ (A little bigger than usual actually! I need to start painting bigger…). I’m a little irritated by the paper texture (I ran out of my usual stuff). It’s not as visible in the painting but scanning really brought it out. 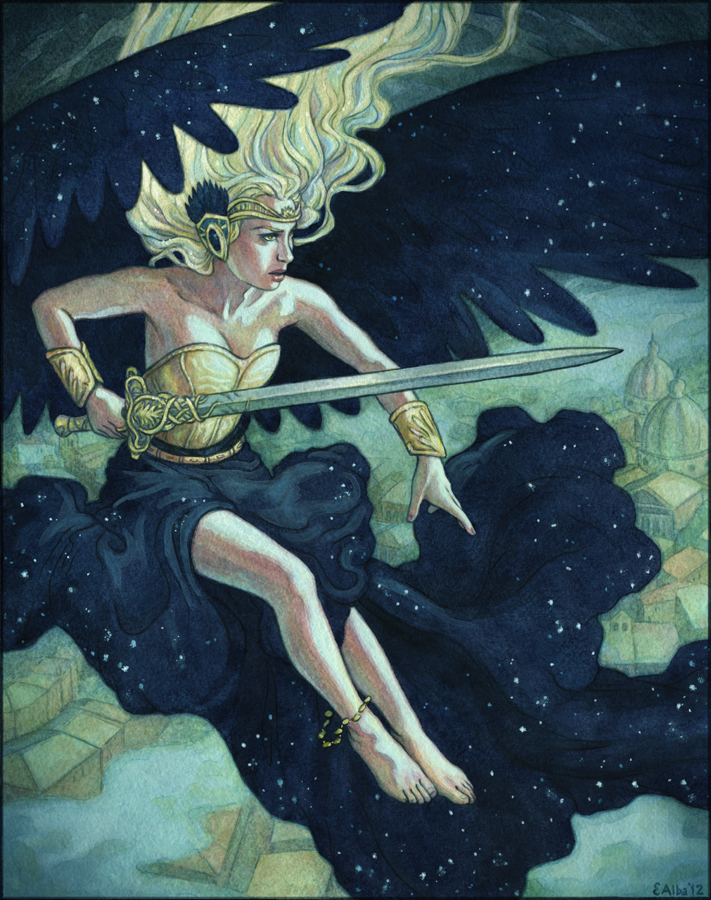 I got the idea from a photo shoot of myself that I used in a different project. I liked this pose I had in one photo… On the left is my original sketch idea from that pose. But I wasn’t digging it so much so I came up with the pose of the one on the right. 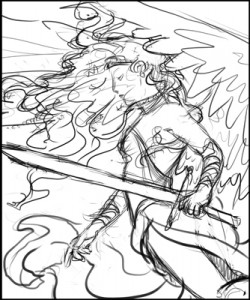 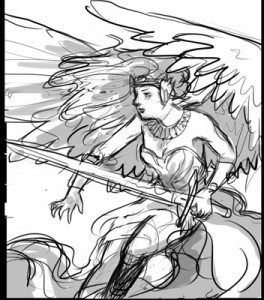 After taking new photo reference of myself, I drew a better sketch. I wanted to crop it at the legs and make it more of a horizontal piece. I was also thinking the background would be a pattern with some kind of illuminated manuscript design and gold colors. 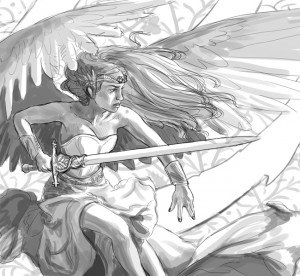 My idea changed a lot. Realized I needed to make it longer, showed her feet, did some cool swirly puffs to the fabric, and decided to add a background, inspired by church domes in Italy. Then when playing around with colors, I somehow thought of making the wings and gown like the midnight sky with stars, and suddenly everything clicked and I was very excited! Here is the final sketch with the color comp. Surprisingly, I was able to paint the colors pretty accurately compared to the color comp. Usually that’s not the case. I discovered during the hurricane, when I had no power, that if I had the color comp printed, I was able to paint it much more accurately rather than by looking at the color comp on the glaring computer screen.