Hello! Scott and I have been back in the States for almost a month now. I was a bit hush hush about it, but we had been in Europe since the end of April on a long extended working holiday/honeymoon. During that time we traveled and had a blast, soaking up plenty of inspiration, but we also worked hard on illustration jobs! Scott finished his tarot deck with Llewellyn… and I made headway on mine. I have two months left to finish the remaining 28 paintings! They are composed, drawn, and inked. All I need to do is paint. I am also beginning work on the 2nd book for a fantastic young author, Nara Duffie. The first was The Monster Realm, which was super fun to illustrate so I am excited to be working on the sequel as well! Other fun news coming later…

I have two new paintings to share – both created for Month of Fear 2015, which just ended. Definitely check it out for a lot of marvelous, creepy art! Since I have been working so hard on tarot lately, it was refreshing to work on something else in a different style than the deck. 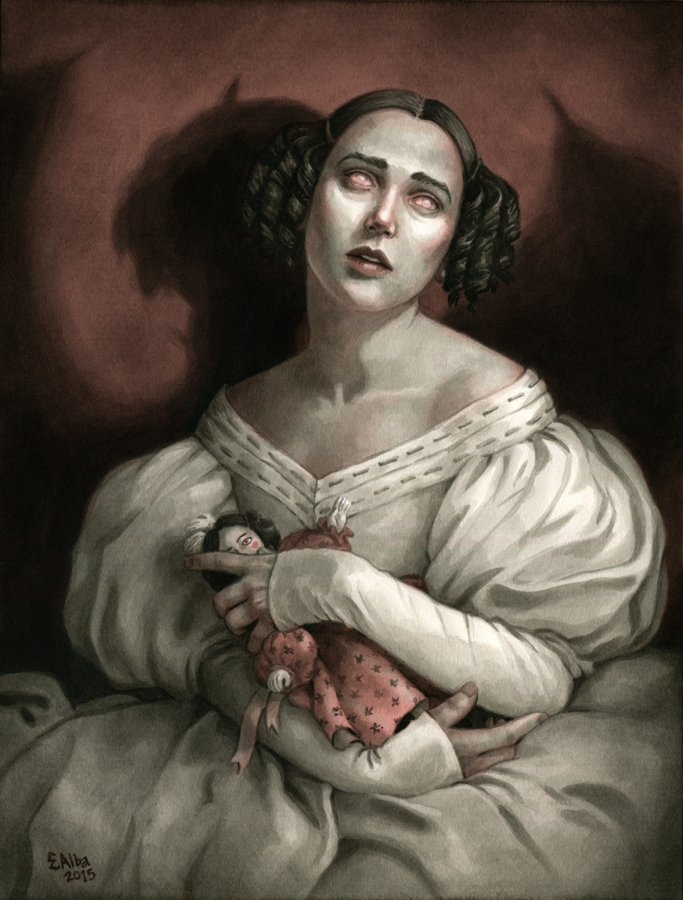 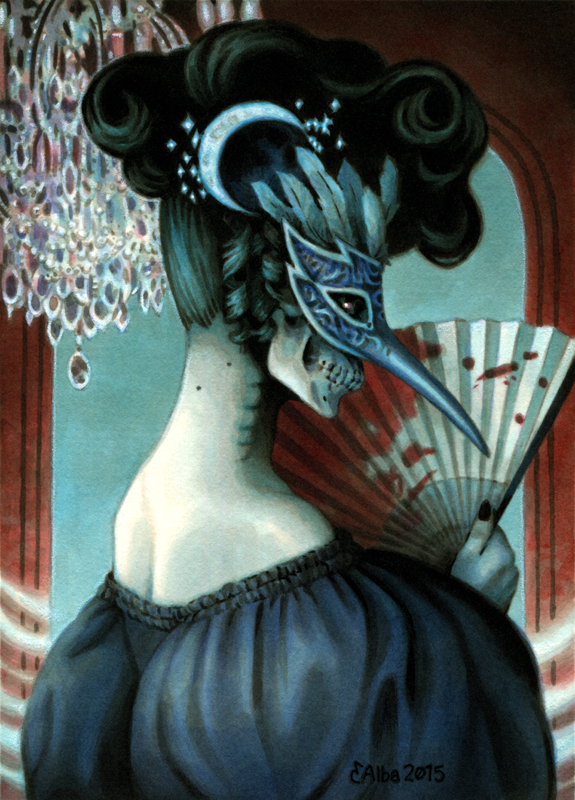 This entry was posted in artwork, updates and tagged halloween, horror, ink, month of fear, painting, watercolor. Bookmark the permalink.