During January, the project in our mentorship with Rebecca Guay was given to us by Susan Sherman, art director at Charlesbridge Publishing. Our assignment was to do a cover for Holes by Louis Sachar.

I had seen the movie a while ago, but had never read the book. Great book! There were so many ideas to choose from. Everyone did fantastic pieces. Mine was the only one that didn’t include a character… but I really wanted to draw the lizards! Susan felt that this might make a better interior image than a cover for this particular book, because for a cover she preferred to see a character. Or this could be the back cover of the book, and the front would feature a character’s face. Overall, though, a great portfolio piece! 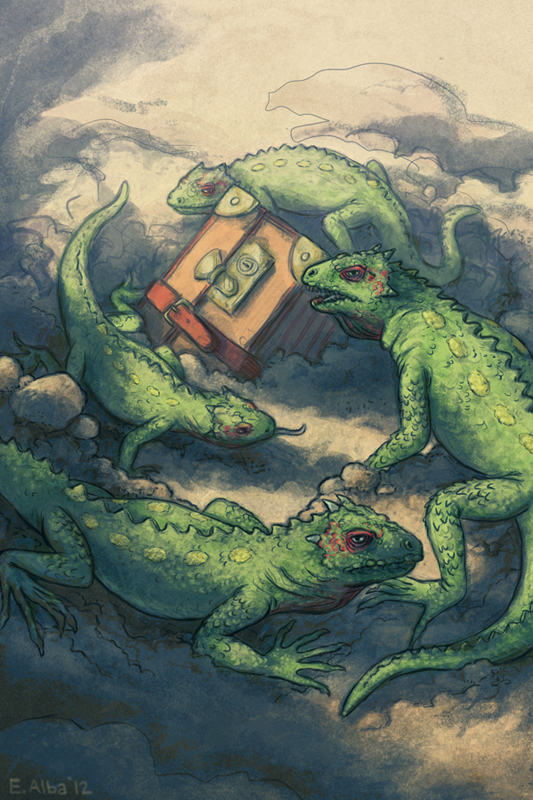 The piece is entirely digital… I was intending to paint it, but the digital version was working so well that I just continued working that way. My idea for the text was something like this, with the text wrapping around the circular action, bigger toward the outside, smaller toward the middle: